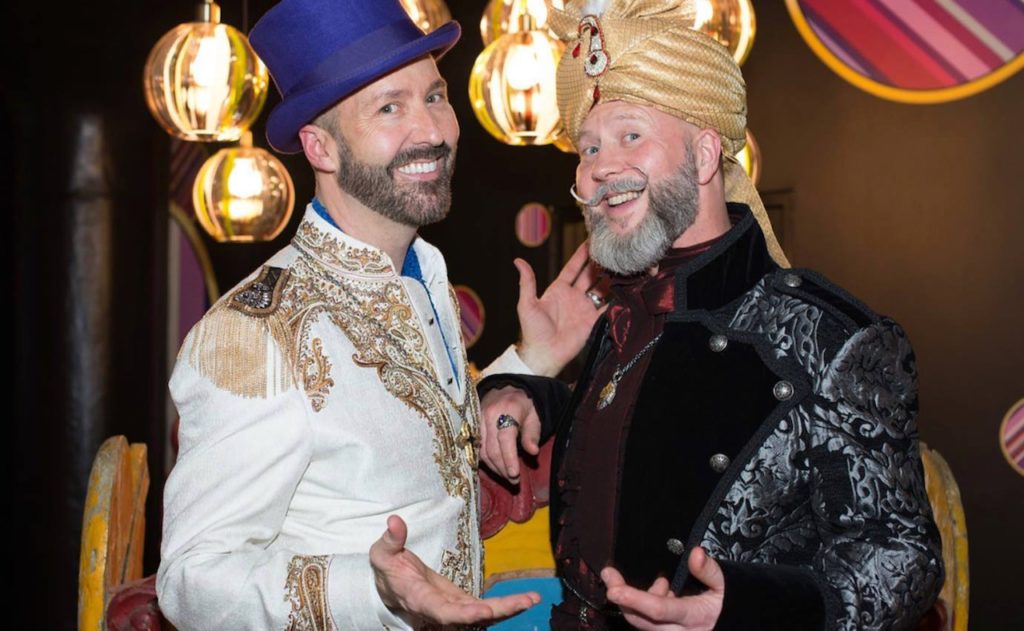 Based on writings by Steven Favreau and Dennis Wyrzykowski.

Created by Steven Favreau and Dennis Wyrzykowski, the Favrealous Factory is a sanctuary for design, ingenuity and creativity, and the headquarters for their diverse businesses. Envisioned to awaken the senses and challenge possibilities—fantasy, luxury and innovation merge—creating the Favreaulous Factory experience. Housed in an 11,000 square foot urban loft, Steven’s interior design enterprise is in the heart of Boston’s Innovation and Design District.

Favreau’s open floor-plan concept features intimate design spaces. Informal and welcoming, these vignettes accommodate his residential and commercial interior design business, home-furnishings, design & manufacturing, along with Printz and the Institute of Ethics. Printz, co-founded by entrepreneur Haley Horn and Favreau, is an online social media platform for millennials designing their homes. Wyrzykowski’s non-profit Institute of Ethics is dedicated to creating businesses having both social impact and profitability. Attracting experiences from a global network, their social initiatives empower the poor and marginalized. 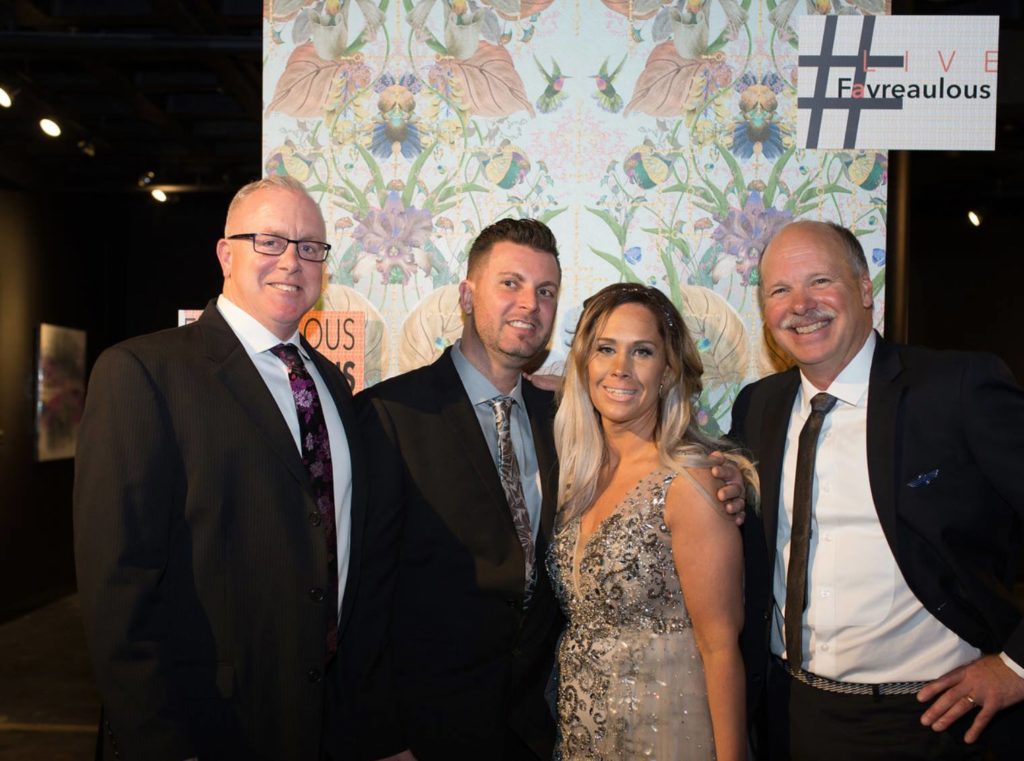 Favreau and Wyrzykowski opened their headquarters to a select group of innovators sharing the same values and principles of integrity, honesty and sincerity, providing opportunities of unparalleled insight, vision and potential for creativity. 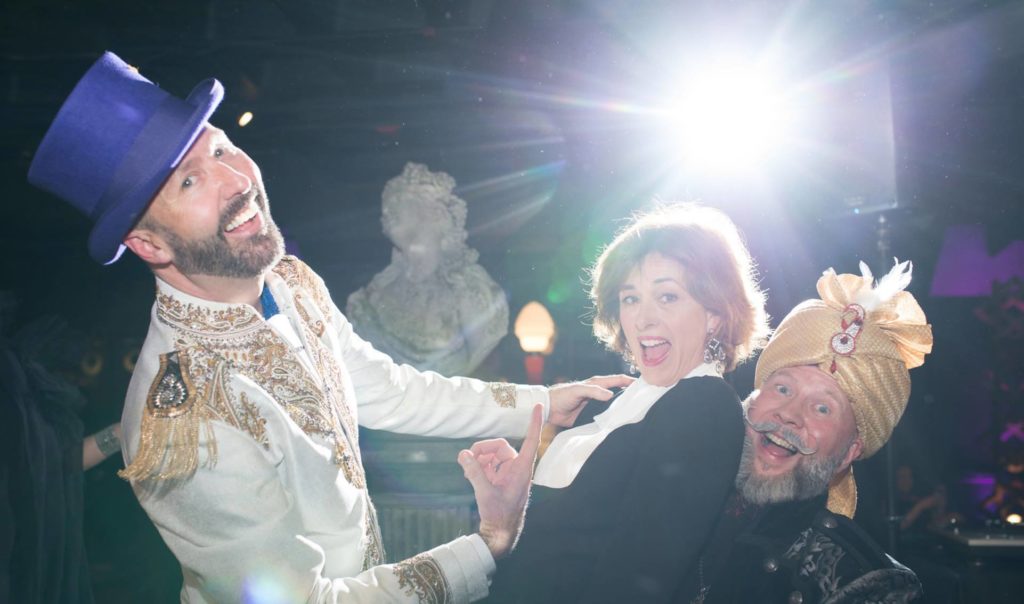 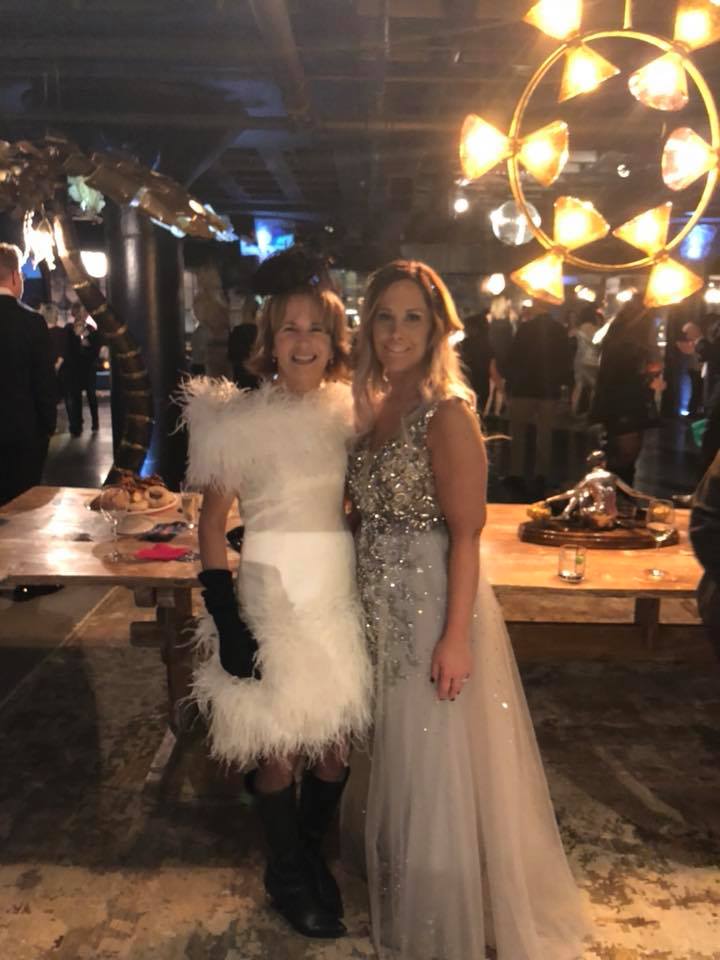 Celebrity interior designer, television personality and entrepreneur, Steven Favreau operates out of the Favreaulous Factory, a 11,000 square foot design incubator in Boston’s design district and is preeminent on today’s world design stage. Maintaining coastal offices in Boston and San Francisco, Favreau’s residential and commercial projects span the United States and European Union. Among his TV appearances, Favreau was a contestant on HGTV’s The White Room Challenge. He was also a two-time semifinalist for the HGTV home decorating interior design show Design Star.

​Recognized for his highly esteemed workmanship and creativity, Favreau’s company Favreau Design has the highest professional standards. Originally from Boston, Favreau trained in interior design at the esteemed Fashion Institute of Technology in New York City. His work has been featured in dozens of prestigious publications.

In demand as a public speaker and television personality, Favreau is a distinguished master of ceremonies, talk show host, moderator and panelist. Robert Allen Fabrics, internationally acclaimed for their exceptional textiles, retained Favreau as their Brand Ambassador sending him throughout the United States speaking on their behalf. Voted “40 to watch” by The Business Journal, Favreau continues to create the most dynamic, chic and livable residential and commercial settings. He is currently creating a line of rugs, wallpaper and furniture to launch in 2018.

Prior to his career in design, Favreau studied musical theatre and dance at the famed Boston Conservatory and was soloist at the world-renowned Moulin Rouge in Paris, France. Stage performances include Singin’ in the Rain, A Chorus Line, Into the Woods and Chicago. He has also performed on cruise ships and was Cruise Director for American Hawaii Cruises. Favreau’s television experience extends from the United States to Amsterdam and Paris. He and his fiancé are in development for a new television show (working title The Monk and the Showman), soon to be announced. Favreau is also co-founder of an innovative and interactive interior design website geared toward millennials, Printz.com, launching in early 2018.

Dennis Wyrzykowski was born in 1962 and presently resides in Massachusetts.  He began his spiritual journey at the age of 13, becoming a monk with the Teresian Carmelites Monastery in 1981.  In 1983 Dennis began a leadership position as prior of his monastery, serving in this role until 1987, while developing a formation program for candidates for the religious life.  In 1999 Dennis was re-elected prior, being responsible for the spiritual and corporal needs of his religious community.  During this time, he began to develop business strategies, leading the Teresian Carmelite community’s financial needs from a donations based model (mendicant), to a self-sustaining one. He created subsidiary companies including a holding company, Teresian Carmelite Works; an alternative wind-energy company, Teresian Carmelite Wind LLC; and a cosmeceutical skin care company, Carmelite Laboratories LLC.

Dennis earned a B.S. in Psychology from Worcester State University in 1985 and an M.A. in Religious Studies from Assumption College in 1987.  He continued his studies with over fifty courses in the subjects of Carmelite Spirituality, Religious Classics, Psychological Assessment and Interviewing, and Spiritual Direction.  In 1996, Dennis was accepted as an intern in the Professional Training & Development Program at the Mindfulness-Based Stress Reduction Clinic at the University of Massachusetts Medical School, under the guidance of Jon Kabat-Zin.  Thereafter, in 1998 he founded and facilitated the Stress Reduction, Relaxation & Meditation Program, an intensive six-week course based on Judeo-Christian principles, meditation, mysticism and Cognitive Behavioral Psychology.

In 1996, he began collaborative research with Herbert Benson M.D., founder and president of the Mind/Body Medical Institute at the Beth Israel Deaconess Medical Center.  Additionally, Dennis produced and hosted a local weekly TV program from 1999 to 2008.  Topics of discussion included, but were not limited to, psycho-spiritual development, universal spiritual principles, and his personal experiences of faith.

In order to pursue his goal of ending the perpetuation of poverty, crime, and prejudice one person at a time through education, Dennis concluded his vocation as a monk in July of 2012 and transitioned into secular life while maintaining affiliation with his religious community.  Today, he continues to develop businesses to sustain his mission.  In 2012, Dennis became involved in volunteer prison work, participating in weekend retreats at various correctional facilities throughout Massachusetts.  Over the past six years he has developed a weekly program for the incarcerated combining spirituality and social psychology utilizing Cognitive Behavioral Therapy.  Dennis’s business success has enabled him to focus his attention on developing private and public K-12 education initiatives, rehabilitation and addiction recovery programs within the penal system, and teaching at university.

Having served as FBN's president for more than 20 years, Bob has helped grow the company into one of the premier residential construction and remodeling organizations in the greater Boston area and has developed a reputation for transparency, high-quality craftsmanship, and nearly unparalleled customer service among general contractors.

Throughout his tenure heading FBN, Bob has tried to make client satisfaction his top priority. To this effect, he introduced the revolutionary business model of giving his clients full control of budget and project decisions, believing that the contractor's job is to provide the clients with all the necessary information to make those decisions and then implement them to the highest standard.

Under his leadership, FBN has grown from $750,000 in annual revenue to more than $15 million and won dozens of local and national awards. Personally, Bob has won both Builder of the Year and Remodeler of the Year from the Builders and Remodelers Association of Greater Boston (BRAGB); been honored at an American Society of Interior Designers (ASID) gala for his contributions to the association; won a community service award from the International Furnishings and Design Association; earned a President's Citation from the ASIDNE President; and served as president of the BRAGB for two terms.

After graduating from Phillips Exeter Academy, Bob decided to travel across the U.S. and work in Europe for two years instead of attending college, a decision he still regards as one of the most rewarding he's ever made. Upon his return to the U.S., Bob worked his way up from dishwasher to manager at the popular 33 Dunster Street restaurant in Harvard Square where he began to develop his philosophy on the importance of customer service. After entering the construction industry as a carpenter in the early 1980s, Bob founded and became president of BEEM Construction in 1987 and then became the head of the growing FBN team in 1995.

He enjoys FBN's fun, collaborative atmosphere and heading a team that is incredibly easy-going about pretty much everything except customer service. Bob tries to ensure that every client trusts that he and his team always have their best interests at heart. The best part of his job is proving daily that nice guys don't always finish last.

When he's not helping his clients build their dream homes, Bob loves to travel and spend time with his wife and family and play golf with friends, though he enjoys when people put their trust in him perhaps more than anything else. He also supports causes including cancer research, human rights and equal opportunity, and ethics in business.

Andrew is widely considered one of the top architects in the Boston area. His expertise ranges from historic renovations, to contemporary design, and from single-family homes to large-scale commercial and institutional projects. He founded his architectural practice in 1992.  His unique designs have garnered accolades and awards, and have been featured in Boston Globe Magazine, Design New England, Northshore Magazine, and numerous others.

Andrew’s mission is to inspire clients to want more out of architecture.  His interactive design approach helps clients consider all of the short and long-term issues which will have the largest impact on overall satisfaction.  His work features sun-filled, open, flowing spaces always with strong connections to siting and landscape.

Andrew’s commitment to sustainable design has always been a strong component of his work. His operating principle is that good design is implicitly sustainable. In 2006, Andrew Sidford Architects became the first architectural firm to join 1% For the Planet, an international environmental group whose members pledge one percent of their profits to environmental causes.

Greg is a photographer who specializes in Residential and Commercial Interiors and Architecture. His work captures an upscale lifestyle that you want to be a part of. His residential interiors are bright and polished, relying on precise lighting and composition to create a natural and immersive experience. His Commercial images are more graphic with rich color palettes that highlight each unique space. Whether Greg is shooting products to make each house a home or capturing a new hotel restaurant each image is carefully crafted and inviting.

His images are regularly published in several magazines including: ‘New England Home’, ‘Design New England’, ‘Trends in Design’, ‘Interiors”, and the ‘International Magazine of Space Design’ to name a few.  You can also find his images in numerous books on residential and commercial design and architects monographs.  His just published book, “New England Icons” with writer/producer Bruce Irving of This Old House explores the historical beauty of New England.

Greg has over 25 years experience in commercial photography, and started his own business 20 years ago. Greg was one of the first interiors and architectural photographers in the area to embrace digital photography.  His knowledge in this industry changing technology allows him to produce the finest possible images for his clients.

Greg states…”photography for me is collaborative effort between me and my clients. I strive to create the best possible images for my clients using my experience and vision. My images must go beyond a mere visual document.  The photograph must be more than an understanding of space, and light.  It must recreate a three dimensional space into a two dimensional image that is not just descriptive but evocative.”

A born and bred “New Englander”, Greg received his BFA in Photography at the Art Institute of Boston, and has taught numerous photography classes at the Boston Architectural Center.  He is a frequent guest lecturer at New England School of Photography.

Greg is a member of the BSA, IFDA, SMPS, and ASMP.

When Greg is not shooting he is working on his personal work, and keeping up to date with the latest technology and social networking, he can be found Fly Fishing, Skiing